I have a surprise for you today. My good friend, David Perdew, stopped by and shared a great guest post that I think you'll really enjoy.

Today, David wants to share a message about failure and, even moreso, about taking BIG risks.

He is currently doing a list-building challenge where he is trying to increase his mailing list by 1000% (Yes, that's one THOUSAND PERCENT!) in the next 30 days. You can watch along if you join his challenge and work alongside him. I encourage you to check it out.

-> Check out David's List Building Challenge  (The link will open in a new window so you won't lose this post. 🙂

All rightie. Without further delay, I hand over the stage to David.

Congratulations! You Are a Wonderful Failure? 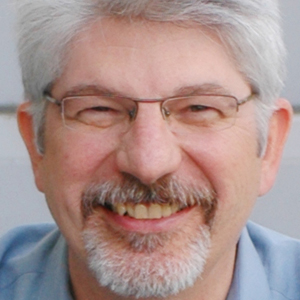 I love a good baseball analogy.

His failure rate was 63.4 percent.

He got a base hit just 1 out 3 times he stepped up to bat in 11,434 at attempts in his professional career. Ty Cobb was a super star with a success record that has held for 85 years.

Ty Cobb never thought he would go to the plate a failure, for sure. Failure was not on his mind. But I bet he was all about learning the pitcher’s style, his good pitches and his weak pitches. I bet he knew what the pitcher was going to throw before the pitcher knew.

He learned through his failures.

So, why is it that most of us are allergic to failure and attach shame and guilt when something doesn’t work? 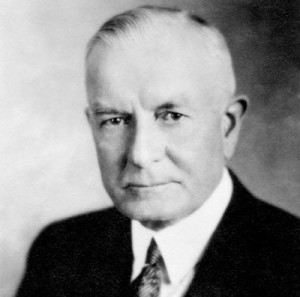 Thomas J. Watson, the founder of IBM, had the answer to that question when he was interviewed in the 50’s. At that time, IBM was the biggest company in the world.

He was asked what the secret to his success was.

“It’s quite simple, really. Double your rate of failure.

You are thinking of failure as the enemy of success. But it isn’t at all. You can be discouraged by failure or you can learn from it.

So go ahead and make mistakes. Make all you can. Because remember that’s where you will find success.”

That’s where you will find success…

If you want success, fail more.

Man, that goes against everything we’re taught most of our life. Failure is bad. Failure is frightening. Failure means you’re not a good person. And you certainly aren’t perfect if you fail.

We don’t need to talk much about discouraging failure. Most of us know it too well.

It’s a failure that devastates us because we’re personally attached to the outcome.

And when you get as old as I am, you finally realize that’s it’s never just one thing, but everything that adds up to who you are. You are today the sum of all your thoughts, behaviors and activities.

Failures are stepping stones to the success you’ve achieved if you finally learn from them.

Many years ago, I was on the fast track to stardom in the journalism world. I was young and dumb. I thought I was all that as my daughter says… So, I took the first job that offered more money and a little more sweet talk.

And man, was that a mistake.

I’d traded my values and my commitment to another company that had none.

Within 5 years, I was out of the journalism business because I couldn’t live with the choice I’d made.

That “failure” set me back for a long time. It broke my confidence and embarrassed me when I talked to my friends who were still living the journalism dream.

My concept of failure changed as I realized that it’s only a failure if we hide from it, stuff it in a drawer and don’t examine it.

Which brings me to failure of the educational variety

I teach something called The 6 Steps to Implementing Big Ideas.

It’s not complicated. In fact, it’s so simple that many people miss its importance. The steps are: 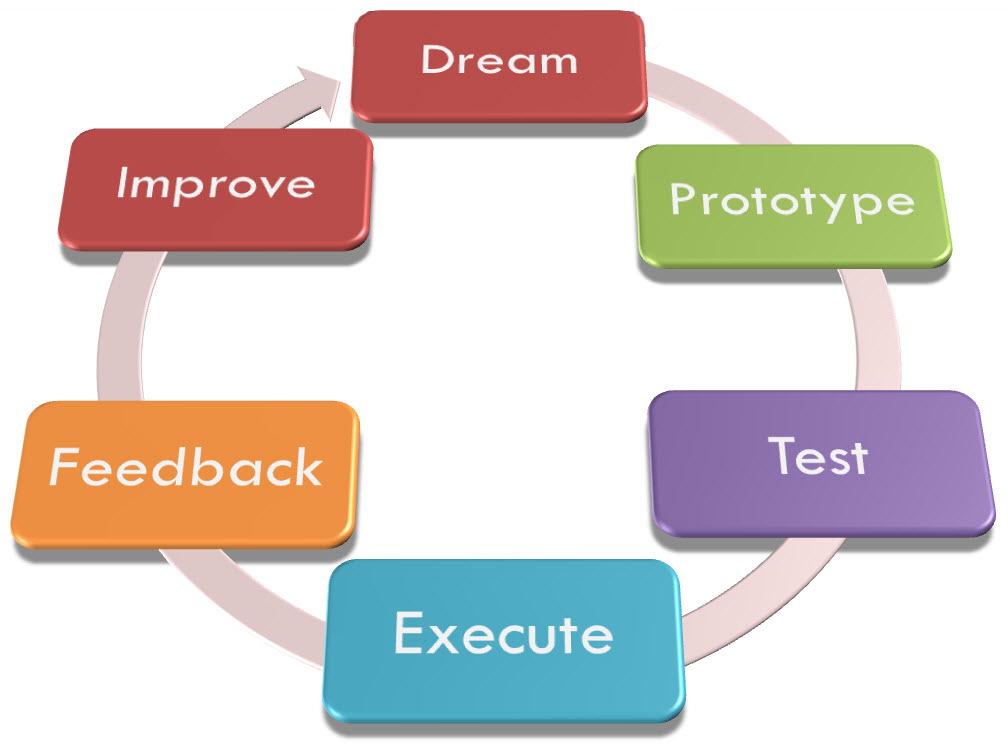 Steps 2 and 3 embrace failure. In fact, you’re looking for as much failure there as you can muster. If you’re going to fail, you want to do it here.

If you haven’t executed your idea yet, but you’re testing it thoroughly with a low-cost or free prototype , then you’re not losing much money.

When we tell people to do research to find a profitable market before building a niche product, we’re telling them to find the prototypical customer. Test that customer. When customers tell you that there’s a problem, listen. Now’s the time to make the changes before you execute it.

(Prototype is a fancy word for a book outline, a drawing, a PowerPoint presentation, a mindmap or any number of communication tools.)

An educational failure is a blessing because it leads to greater success much faster.

Want to know how to create a disastrous failure? It’s really easy and guaranteed to work every time.

Skip the prototyping and testing steps and jump from Dream to Execute. Your chances of success are slim to none then.

But, it’s only a failure if she doesn’t learn from it.

Remember what Watson said: “You are thinking of failure as the enemy of success. But it isn’t at all. You can be discouraged by failure or you can learn from it.”

I’ve challenged people to think big and do things differently. I’m a big thinker. Always have been.

When I challenge people, I roll up my sleeves and get dirty too. We’re doing that now with my MyNAMS 30-Day List Building Challenge.

List building is an essential part of business. It’s about filling the prospect funnel. That’s why I’m challenging people to improve or finally create their lists. Without a list, they have no business.

I’m pushing people to take action and do things differently – and to test before spending a ton of money.

Everyone is setting goals. If they don’t have a goal, I’ll set one for them. If their goal isn’t to add at least 1,000 new subscribers in the 30 day challenge, then they aren’t pushing hard enough.

And that means they're afraid of failing!

My goal is ridiculous – insane some have said. I plan to increase my list size by 1000 percent – that’s adding about 50,000 new subscribers to one of the small lists I have.

If I get 10,000 new subscribers, is that a failure? I don’t think so. What’s really lying behind that goal is finding the 20 percent that works massively and discarding the other 80 percent that consumes my day.

I guarantee we’re going to fail a lot in this challenge. Some tactics won’t work at all. When one tactic turns out to be a waste of time, we’ll jump up and down and celebrate as we toss that tactic in the trash.

But when something works really well, let’s do as much of that as possible.

So stop thinking of failure as – well, failure. Think of it as the next step to success.

The MyNAMS 30-Day List Building Challenge is an ongoing challenge.

It’s happening live right now, but anyone can join at any time to start their own challenge. You’re invited to come in and succeed today.

David Perdew is the founder and CEO of the Novice to Advanced Marketing System and MyNAMS.com and produces two intense workshops each year in Atlanta, including NAMS10 coming up Aug. 9-11.

As part of the challenge, David is touring the blogosphere and posting marketing and list building insights on different blogs. You can find the complete schedule of all the blog posts – past and future – here.

I've also shared this video before, but I love it so much I wanted to share it again.

I believe that failure is one of the keys to success. That’s why I ask every guest on my Online Business Success Podcast the question “Have you ever made a mistake in your business?” You  know they all say “YES!”

And, I’ve had busts. Big huge stinky disappointments, over the years I’ve been in business.

Failure is not an option. It’s a guarantee.

So, fail fast and fail often. It shows you’re in the game and you’re giving your best!

Fail BIG so you can WIN big, too.

PS. Be sure to check out the links from David. I'll put them here again for your reference.